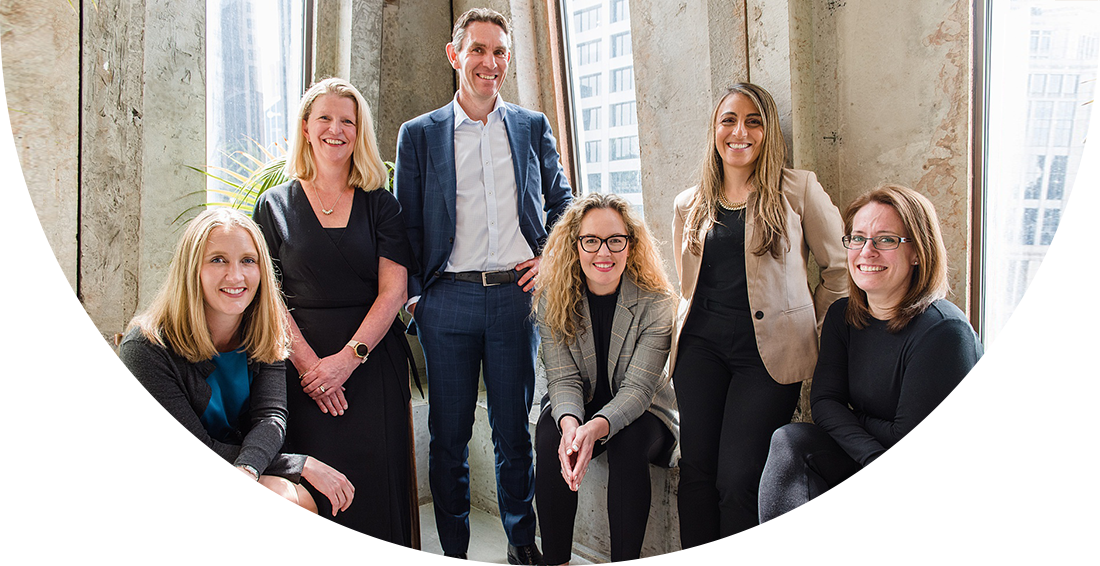 TQ people are highly experienced industry specialists. They immerse themselves in your business culture, style and brand, regardless of the size of the project. They assimilate into your organisation and are often seen as an extension of the internal business itself. 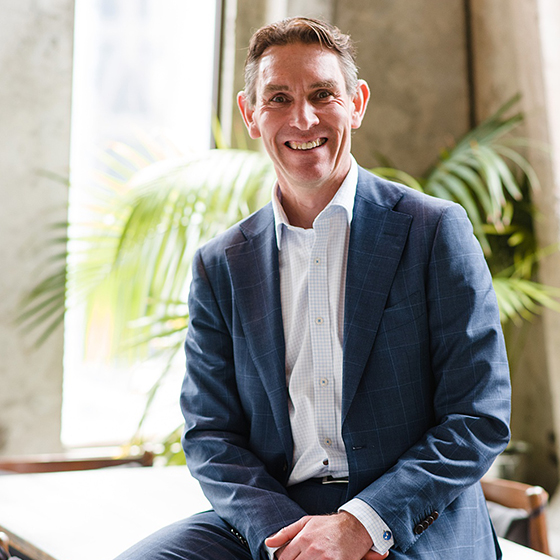 Gareth founded TQ in 2008. He has extensive experience in the industry and is highly regarded by his clients and peers. Gareth always wanted to run his own business. He was heavily influenced by his father who owned a local corner shop (where Gareth worked for many years as a young man). TQ came to life as he saw a great opportunity to develop a company with services that better supported the needs of the local market. Gareth began his career as a graduate accountant with Deloitte in London, and after a couple of years of soul-searching he decided accounting just wasn’t his thing. He then ‘stumbled’ into the heady and fast paced world of financial recruitment with Robert Walters. In 1999, Robert Walters moved him to Australia (he considers this one of his best career and life decisions), where he also worked for Hudson and Alexander Mann Solutions, managing solutions for both Australian and international businesses. He has advised and supported clients including GE, ANZ, Coles, BHP, Treasury Wine Estates, Westpac, Australia Post, Jetstar, BP, Bupa, Deloitte, NAB, Spotless, Save the Children and Rabobank. 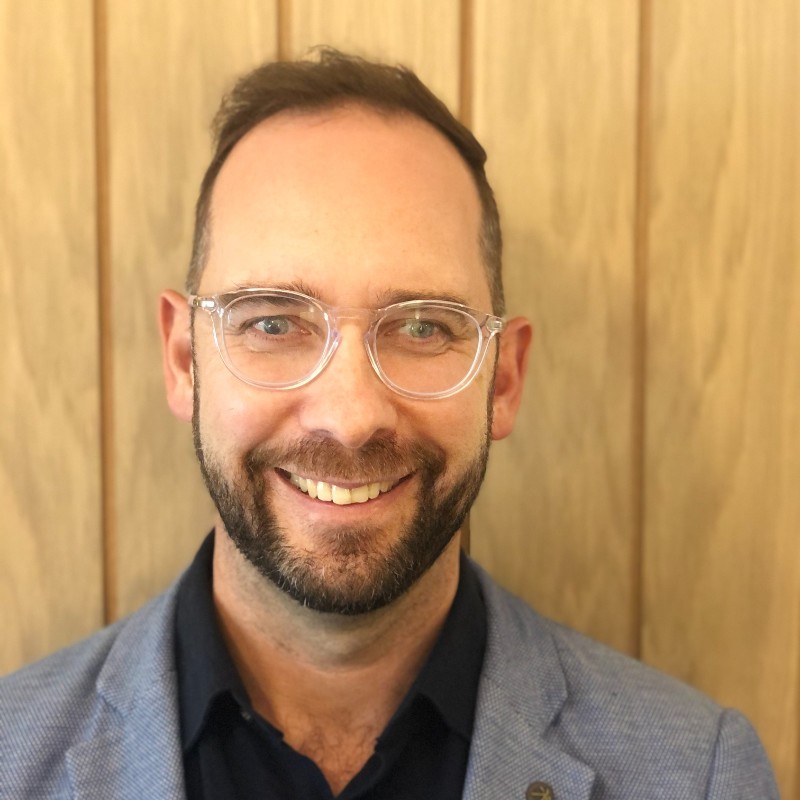 Joining TQ in July 2021, Alastair was drawn to TQ’s mission and its passion for driving innovation and transformation across the spectrum of Talent Engagement and Mobility (TEaM) for both organisations and vendors. Alastair leads TQ’s Technology & Innovation practice guiding organisations on how to navigate the complexities of the HR technology landscape, and how to select and deploy technology & innovation that will transform their organisation for the “now” of work. Alastair brings 20 years’ experience within the technology sector specifically TA, HR & Marketing tech and has held senior leadership roles with innovative tech firms such as LiveHire, SEEK and iSelect, working across North America, APAC and the UK. As someone who ‘geeks out’ on TEaM technology, Alastair’s unique “t-shaped” skills and experience allow him to get to the heart of problems organisations are trying to solve for across TEaM technology strategy, solution design, journey mapping, success drivers; as well as supporting scaling ambitions of vendors looking to improve & innovate through understanding more about the voice of the customer. 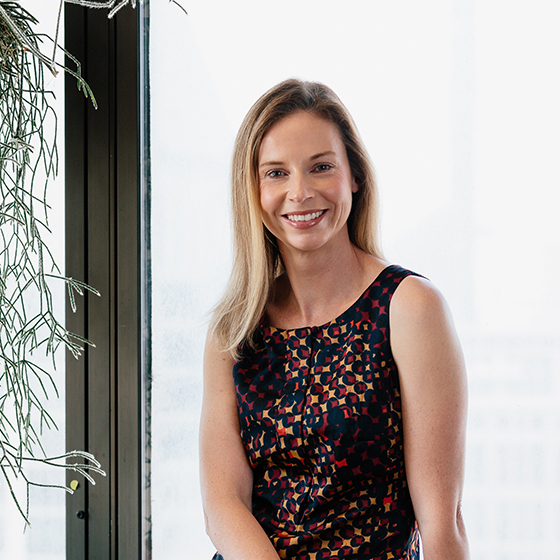 Nadine joined TQ in early 2015 as the Principal Consultant for New South Wales and is now the General Manager of our Augmentation Services practise. She has worked with businesses of all sizes, but with a wealth of experience from within financial services, Nadine has led major projects for some of our largest clients. With almost 20 years of talent acquisition and generalist HR experience gained from senior leadership roles at both Citibank and Macquarie, she is an expert in talent acquisition transformation.  She brings strategic and change management experience to the table, as well as experience from having worked with the full spectrum of talent acquisition models. With a keen interest in HR technology and human centred design, she is passionate about candidate experience and shifting the needle on how talent acquisition is perceived by the wider business and leadership. 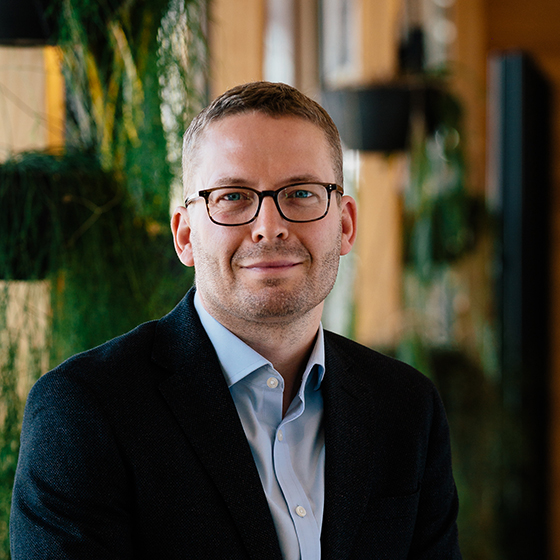 Joining TQ in 2019 as a General Manager, Will felt a deep connection to our energy, enthusiasm and honesty. Will is responsible for our business growth strategy across the spectrum of Joiners, Movers and Leavers. He is also leading the brand and experience components for any advisory and solution program that TQ undertakes. Will brings with him 20 years of career experience working with a number of international businesses. His background has enabled him to explore his fascination with how organisations achieve success through their people. His passion has taken him from recruitment marketing and employer branding to candidate experience, digitisation and organisational transformation. Working across Asia Pacific, Europe and North America, he has been fortunate to gain experience across all industry sectors, and to have worked with some of the most famous brands in the world. 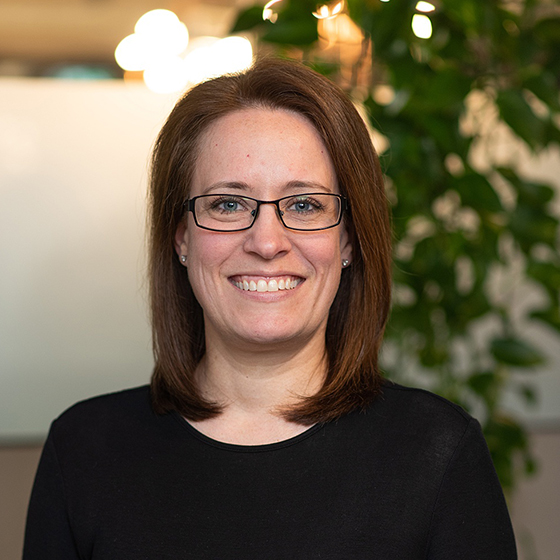 As one of the Principal Consultants in the augmentation side of our business, Leigh manages our resourcing talent pool. She is a talent professional with more than 20 years’ experience across a broad range of industries and verticals. Having worked in markets across London, Europe, Asia and Australia with leading talent consulting firms, her in-depth talent acquisition knowledge when running a project, results in success for the clients she partners with. Leigh joined TQ because she believes that we are industry leaders in talent acquisition and she has confidence in our successful track record. The philosophy and beliefs of TQ are aligned with her own and she is excited about the evolving journey we are on. 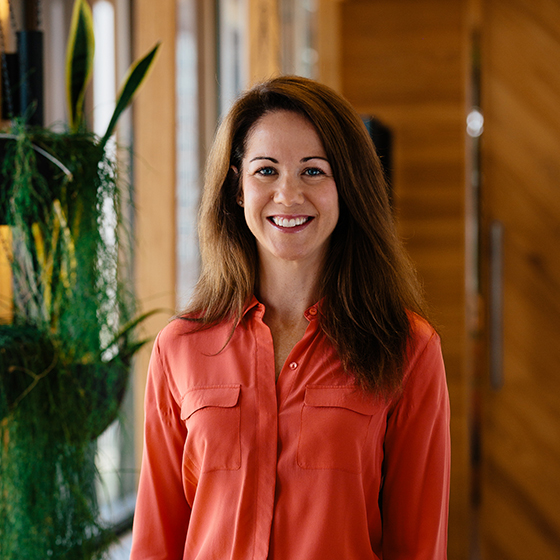 Sara is responsible for client engagement, consulting and project delivery across the deploy side of our business. As a talent professional with more than 20 years of experience, she applies deep insight and passion for talent acquisition to all her projects. She has developed exceptional graduate, emerging talent and young professional programs. In addition, she has extensive executive selection experience. Having worked across European, North American and Australian markets, with leading professional and financial services firms, she is delighted to have joined TQ to continue to deliver effective and innovative solutions for clients and to partner with a highly successful and experienced team. 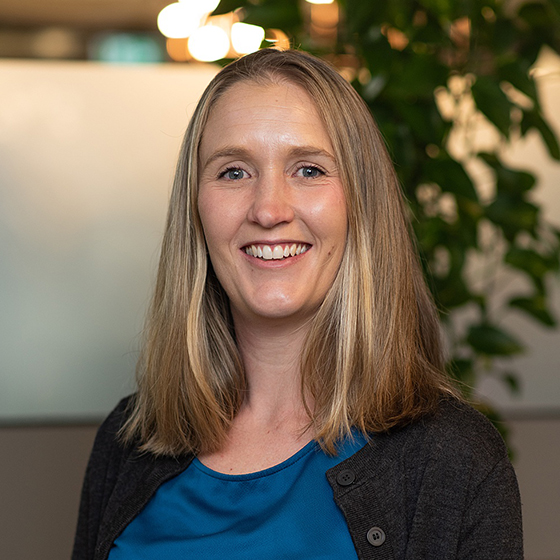 Ana leads human resource projects for TQ clients and works with the leadership team to support the human resource governance and engagement initiatives for our own TQ team of experts. Ana spent 18 years before joining TQ building her knowledge and expertise in generalist human resource partnerships. Her experiences range from large multi-national organisations to small to medium sized enterprises and start-ups. Her past experience has enabled her to build significant change and project management, employee engagement, industrial relations and leadership expertise. Ana first discovered TQ when she engaged us as a client to support her talent acquisition needs (first at GE and later at Credit Corp). TQ left a great impression on her and she loved our passion, innovation, expertise and ability to deliver results. 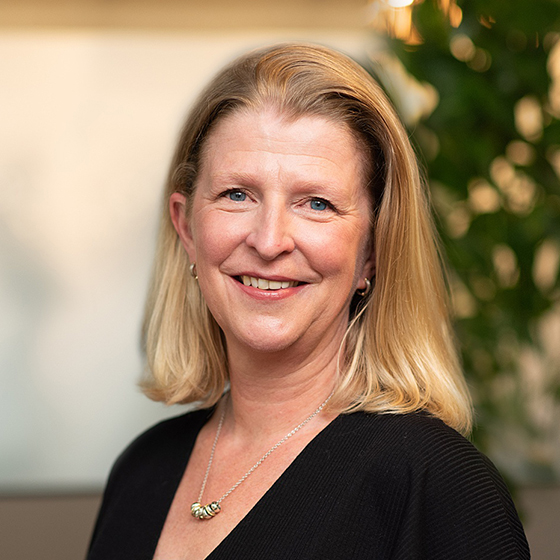 Whilst leading TQ Surveys, Gill is also providing research support for consulting projects. In addition, she has led specific consulting projects focused on areas such as graduate, alumni, flow of work and employee engagement. Gill has 20 years’ experience working across the many facets of talent acquisition and research in Australia and the UK. She started out in professional services and banking, working with a number of clients, across various industries and locations. Originally training as a graduate with Deloitte, Gill has a keen appreciation for the commercial aspects of talent decisions and a fascination with data driven decision making. Her current focus is on quantitative and qualitative research in areas such as customer voice (employee/hiring manager), employee experience, engagement and more. Having been with us from our humble beginning, Gill is inspired by our people – their energy, expertise and commitment to excellence. 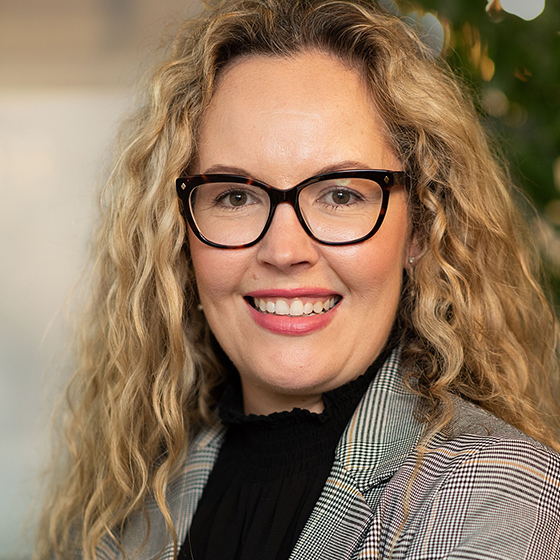 Ainsley joined TQ after taking a career break to spend time with her family. She decided to join our team because she felt that we embodied a culture and structure that enabled her to work within a truly flexible model. Before joining TQ, Ainsley worked for Australia Post, implementing a number of business change activities to refresh the employee benefits model and build a contingent/contractor recruitment function. She implemented Australia Post’s first enterprise RPO and refreshed their employee benefits model. Prior to this, she worked with Alcatel Lucent (Nokia) to build and implement their recruitment processes. 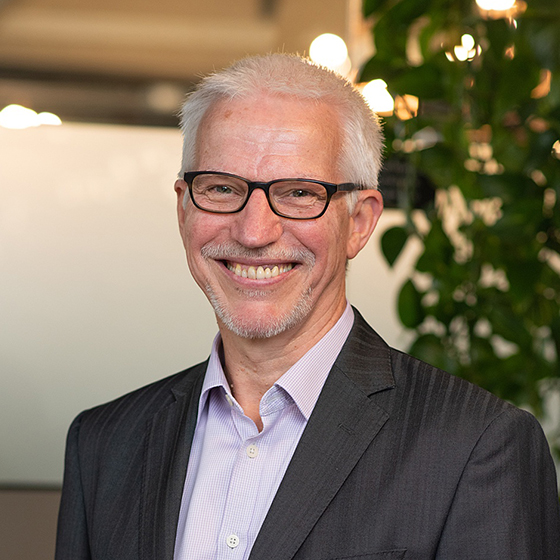 Garry is a Talent Acquisition Specialist with over 20 years of executive agency and in-house recruitment experience. As a Talent Acquisition Consultant, he works on a range of augmented talent acquisition services, in-house recruitment and search projects. Having worked for Orica, ANZ, Bupa and Energy Australia, Garry has gained extensive recruitment experience across industry sectors including financial services, retail, energy and manufacturing sectors. Throughout his career, Garry’s roles have included C Suite roles across all corporate functions with a specialisation in senior finance positions as well as a broad range of support roles covering sales, analytics, IT, marketing, legal, supply chain and procurement. He has consulted and recruited across all positions, spanning Call Centre Sales through to CFO, COO, and “Head of” roles. 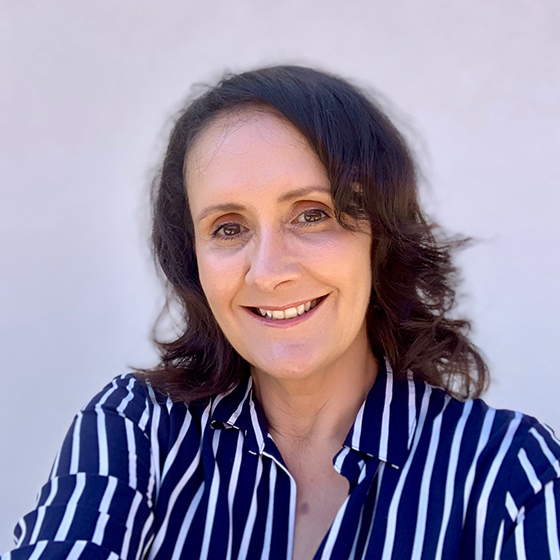 Joining TQ back in 2010, Sharon continues her career in recruitment, balancing a challenging, interesting and exciting role with her family commitments.  She loves the flexibility of her role and being able to deliver excellence for clients and candidates alike. At TQ, Sharon is responsible for recruitment consulting across a variety of industries including pharmaceutical, not-for-profit, rail/transportation, energy, water, mining, oil and gas, IT and big-box retail (food). Sharon has almost 20 years of HR and recruitment experience, and encompasses strong account management skills and natural strengths in communication/ interpersonal relationships. Perceptive and discerning in evaluating candidates, she prides herself on outstanding candidate management and strong organisational skills. Sharon quickly integrates with businesses, leadership and HR teams and delivers strategies with impact. 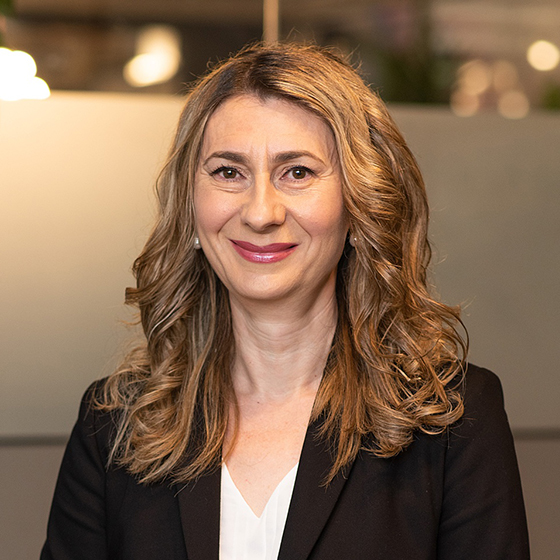 Jackie works within our augmentation services and is passionate about providing a professional, positive talent acquisition solutions and user experience for both her clients and candidates. This “best service” approach is at the forefront of her work, ensuring successful outcomes and that relationships are achieved and developed. Jackie is a Senior Talent Acquisition Specialist with over 20 years’ recruitment experience specialising in information technology and telecommunications.  She has worked for leading national and international organisations and held senior recruitment, operational and management roles. Having successfully managed and delivered large and high-profile telecommunication and government recruitment campaigns, her talent acquisition experience involves working across varied industry sectors including ICT, transport / engineering, government, retail, sales and finance. Jackie joined TQ because she enjoys being a trusted advisor and helping clients hire great people. 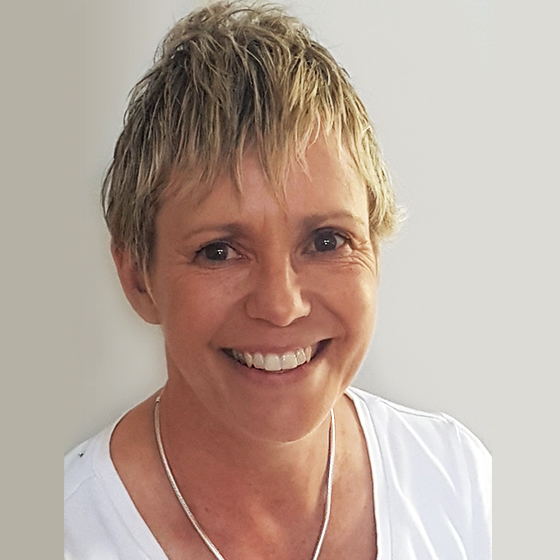 Anne is responsible for the day to day administrative tasks of the TQ as well as conducting exit interviews for the Consulting arm of the business. She has close to 40 years’ experience in administration, mainly as a Personal Assistant or Executive Assistant in a range of industries, including small and large Australian and international businesses. Anne has also held recruitment, training and consultant positions, partly in our own business and for several universities. Having worked for one of the big four banks, Anne was looking for a role with amazing work/life balance that would enable her to work while still living in a rural environment. 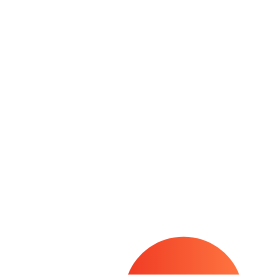 TQ was built upon flexibility. TQ people have more than 15 years’ first-hand experience and competence, having worked with other leading organisations. What unites us is the desire to provide businesses progressive and transformative work, but in a way that suits our lives – our families, dreams and all the things that are important to us. Some of our team members are parents returning to work, others are triathletes that blend their time on a keyboard with hours out on the road. If you are an expert in your field and want to work flexibly with a tremendous team, then head to our vacancies page now.